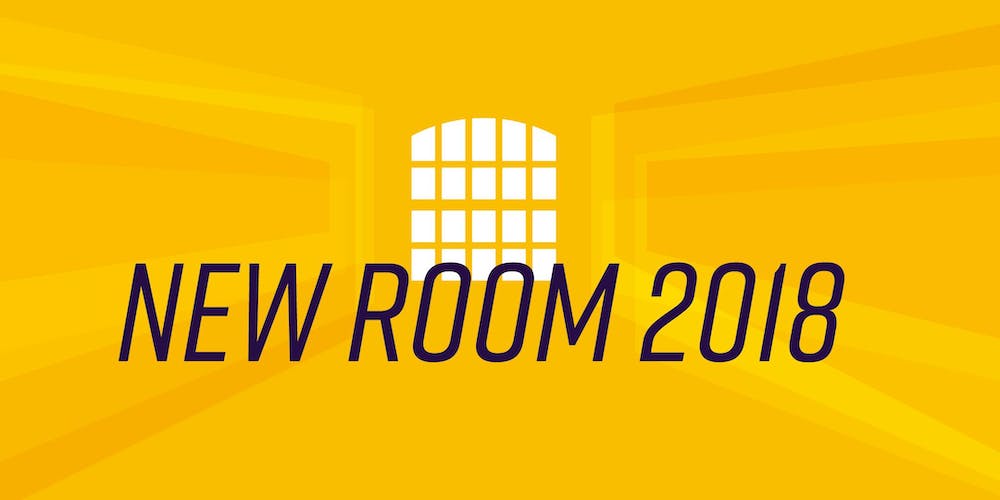 When most attend a seminar, conference or retreat they usually say, “Well, this is what I learned.”  Notice the grammatical tense of that word.  It’s in the past tense.  I know my high school English teachers At Mrs. Weir and Mrs. Pettus would be shocked that I remembered anything from their lessons.  And I have been guilty of using that word “have learned”, that the lessons are in the past tense of my life.

But one of the many, many, many things God has been teaching this “getting older” man is that while life has a “past tense” it also has a “present” and a “future” tense.  Here is a nugget that God has been teaching me these past few years.  Lessons that we learn about Him and our relationship with Him are not to remain in the past existing as a memory.  These lessons are to be a continual part of this Journey in Grace.  Thus the title of this morning’s blog:  What I AM Discovering (notice the tense) At New Room 2018.

Most of these lessons are direct quotes or my shorthand version of those quotes from this incredible group of Holy Spirit Led and Empowered Speakers.  This list is by no means, everything I am discovering.  And if history repeats itself, as I’m sure it will, there will be even more discoveries come to my mind in this Journey In Grace:

There are too many loose ties and not enough strong bonds in most churches today.

There are things that happen when God’s People get together with Jesus in the lead, that would otherwise never happen.

God does the work, but He does it through us.  It’s time to get our hands dirty.

It’s not about trying to get God to abide in us–He’s already abiding–but it’s about getting US to abide in HIM!

Being a Christian is all about entering into THEIR Relationship–Father, Son, and Holy Spirit–and NOT about getting them to enter into OUR relationship.

Revival is more than goosebumps and excitement, but a driven passion and holy obsession in us.

When Jesus shows up, life happens!

Stop making excuses for doing nothing.  We have the King of Kings on our side and the Holy Spirit living in us!

Jesus left heaven for us.  It’s time we leave our stuff for Jesus! (Maybe my favorite quote!)

Find the broken.  Church ain’t the church unless it is reaching out into the community!  (OK, maybe this is my favorite quote!)

We need to ask God to break our hearts with what breaks His heart.

There is no greater tragedy than a sick church in a dying world. (Leonard Ravenhill)

When the church stops being the church we will die and become a monument to what God used to do rather than the movement of what God is doing.

You do what you from your passion.  The church today has stopped doing out of its passion and replaced passion with a boring religious obligation.

God shouts to His enemies, but whispers to His friends.

Oh, this ain’t all of it.  But just some of the things the Spirit impressed on me to share with you readers.  Somewhere in these “nuggets” is a truth that some reader urgently needs to hear.  And remember….

Love God with all your heart.  Love others the way Jesus loves you.  And make sure all the glory goes to Him!

Anticipation, anticipation
Is makin’ me late
Is keepin’ me waitin’

Who remembers that song by Carly Simon?  Guess I’m revealing my age; actually I don’t have to reveal my age–it shows naturally.  But early this morning, I’m awake and filled with great anticipation, like a child on the way to Disney World.  What is the cause of my great anticipation?  I am leaving for Brentwood, Tennessee for another New Room Conference.  This will be my third consecutive time.  I don’t know how long this event has been happening.  If I did, I’d probably kick myself in the butt for missing the earlier ones.

What is it?  I’m so glad you asked me that question.  It’s a time of inspired worship, spirit-filled preaching and teaching, and a time for Spiritual Renewal.  Not all “conferences” I have attended over these past 44 years have filled me with anticipation.  OK, OK, it’s closer to 99% of those conferences never filled me with anticipation.  But this is different.  I looked up synonyms for “anticipation” and there was a single word that leaped out at me from that list.  It’s a word you seldom hear used unless you’re singing that great old hymn, Blessed Assurance, FORETASTE!

We don’t use that old word much anymore, but maybe we should.  It means “a slight and partial experience, knowledge, or taste of something to come in the future”.  You get that small taste, and you know, “Wow!  This is just a sample, I can’t wait to get the full course!”  This foretaste has been given a name at New Room–AWAKENING!  I confess that my hope for the church in the U.S. before New Room was at an all time low; I mean the bottom of the cellar, ocean bottom low.  But here….I was Elisha’s servant who had his eyes opened to the presence of Heaven’s Army!

We worship together, learn together and we have these things called “breakout sessions”.  From a list of subjects we choose where we want to go.  Last year was an especially powerful Epiphany for me.  I can’t even remember which breakout session I had signed up for, but something (actually someONE) drew me into a different one on Travailing Prayer.  I was like a puppy being drawn towards that treat.

I was taking notes right and left.  At the end, now there was another Epiphany.  The speaker asked that anyone who needed prayer to come and offer themselves to God.  This preacher never hesitated.  I went forward and stretched myself out on the floor.  As I was praying I became aware of another presence.  Someone was standing over me, and he was praying for me.  He was praying in tongues FOR me (a new experience for me), but I wasn’t freaked out by it.  In fact, I felt a calmness come over me.  From time to time, he touched my shoulder as he prayed in tongues and I felt the most amazing coolness where he touched me and a profound calmness in my heart.  Somehow, I sensed it was a prayer for preparation for what was ahead for me.

In the time that followed, I tried to figure out what God was trying to prepare me for.  There were some moments that I thought I figured it out–but I was wrong.  And now?  I am still assured it was and IS a prayer for preparation–not just where I thought it would me.  Through a tumultuous April, a time when I allowed hurt to consume me, I have finally learned that this prayer of preparation was for where I am right now.

I still don’t know all the details of what God is preparing me for here–but I know He’s Got This, and I am OK with that.  Actually, better than OK.  I am filled with anticipation!  Unlike the anticipation of Carly Simon that was keeping her waiting–this anticipation is keeping me moving forward.   I don’t know where it’s leading me, but I DO know that HE is both with me, and waiting for me as He reveals more and more of what He has for someone like me.  Now here’s a testimony of grace and mercy.

Truthfully, I never anticipated that at 62 years old that God would have so much more for me–but HE anticipated it.  And that moment of being prayed for in a language I could not understand has given me more confidence in God than I ever had before.  Well, excuse me but my “foretaste” is beckoning me.  Need to pack up and head out to God knows where–and I’m perfectly good with that.

Love God with all your heart.  Love others the way Jesus loves you.  And make sure all the glory goes to Him.  OH, and don’t miss the “foretaste” He has for you….