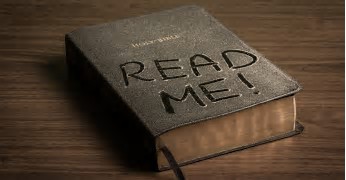 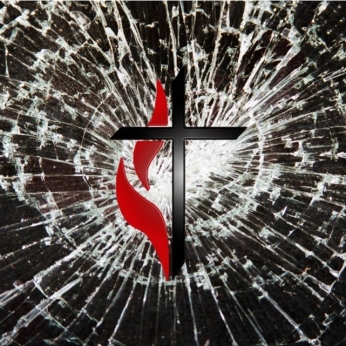 If you are not a United Methodist, or have not been following “The Great Controversy”, or are simply a United Methodist who has had their head buried in the sand while hoping “The Great Controversy” will just go away, these words from my heart and mind will probably not mean much to you and you will just pass over these words.  As “The Preacher”, called by God’s infinite Grace and ordained by God and my Tribe, I am compelled by the Holy Spirit to speak into “The Great Controversy”.  I do this with great humility because I know I am far from perfect; but I also know that God, through the Holy Spirit, is working on my imperfections.

To my friends who identify themselves as “gay”, and to my friends who support being “gay” as being acceptable to God, I know we are on different sides of this “The Great Controversy” and my heart and mind could cause you to “unfriend” me.  I pray that our connection is deeper than one issue.  I believe it is.

In a recent small group I was leading that focused on the question of human sexuality, the question was asked of me:  “Can a person be gay and be a Christian?”  Because I had spent a lot of time in prayer and meditation in The Bible before we began this small group, I know it was the Holy Spirit that inspired my response.  I replied, “Can a person who cheats on their income tax be a Christian?  Can a person who steals office supplies from work be a Christian?  Can a person who engages in premarital or extramarital sex be a Christian?  My answer is yes.  But one cannot be fully formed and developed in Christ as long as any sin remains in us.”  And to my hyper-conservative friends (and foes), I ask again that you refrain from using that horrible word “abomination” against the LBGTQ community.  Truth is, all expressions of sin is an abomination to God.  Those who insist that they don’t struggle with some recurring sin is not, in my humble opinion, being honest.  What they have done is made peace with their “sin of choice”.  And now the reason I am writing this blog.

The article (you can see the entire article here) opens with this line:  “Placing emphasis on the values of unity, space and contextuality – all for the sake of mission – the Council of Bishops (COB) is exploring sketches of three models as possible directions for a way forward for The United Methodist Church over LGBTQ inclusion.”  But what about The Bible?  Does it no longer hold any value?  Is unity, space and contextuality more important than Truth?  More important than God’s Grace that transforms us into HIS image?

Here are the “options” presented to the bishops:

And what about The Bible?  Everything in each “option” is about “their view”.  And thus the source of humanity’s mess that goes back to “the view” of Adam and Eve.  Truth is that our view can and will violate God’s view without a commitment to and trust in God’s intended design and purposes.  I realize that mean and vicious people have twisted the Bible to fit their views rather than allowing the Holy Spirit to renew and transform what can only be called stickin’ thinkin’  so that we may be formed in God’s intent and design.  But alas, it seems the church that God used to save this wretch like me, would rather I and others, even everyone, be formed by “their view” than transformed by God’s truth.

So, as I await the decision coming in February 2019 from the governing body of my Tribe, a Tribe of which I have been in my entire life, I have made my decision.  My decision is to become the person God intends for me to become and be faithful to His design.  After all, HE created me.  Furthermore, as one called out because of God’s grace, I will no longer be tied to a group that emphasizes feelings over truth.  I grieve deeply over this informed decision in my heart, but I will be faithful to this decision with deep humility.  Though I grew up in the United Methodist Church, and have served Jesus for over 43 years in this church, I probably will not finish my race in this life in this Tribe if the decision is “choose your own way”.  As Joshua challenged the Hebrews, his challenge is now before me from Joshua 24:15 (NIV)

But if serving the Lord seems undesirable to you, then choose for yourselves this day whom you will serve, whether the gods your ancestors served beyond the Euphrates, or the gods of the Amorites, in whose land you are living. But as for me and my household, we will serve the Lord.”

It is better to serve the Lord…and this is my choice, my only “option”…