It’s that last one that makes me want to run like the wind.  Now do not misunderstand me; there are times others can bring the right words, the timely counsel that will make the difference between sinking and swimming.  Did you notice my phrases, “there are times” and “timely counsel” and this is not a rant against them.  I’m talking about those who feel like it is their God-given gift and responsibility to ALWAYS put in their two-cents worth of wisdom and 1 minute of being the Sage.

This morning I had this passage in my mind and it is the basis for this rant, excuse me, Blog!

1-2 Jesus went across to Mount Olives, but he was soon back in the Temple again. Swarms of people came to him. He sat down and taught them.

3-6 The religion scholars and Pharisees led in a woman who had been caught in an act of adultery. They stood her in plain sight of everyone and said, “Teacher, this woman was caught red-handed in the act of adultery. Moses, in the Law, gives orders to stone such persons. What do you say?” They were trying to trap him into saying something incriminating so they could bring charges against him.

6-8 Jesus bent down and wrote with his finger in the dirt. They kept at him, badgering him. He straightened up and said, “The sinless one among you, go first: Throw the stone.” Bending down again, he wrote some more in the dirt.

9-10 Hearing that, they walked away, one after another, beginning with the oldest. The woman was left alone. Jesus stood up and spoke to her. “Woman, where are they? Does no one condemn you?”

Some teachers, commentators and scholars hone in on that part where Jesus said, “Neither do I.”  But I’ve heard even more wonder, “What exactly did Jesus write on the ground?  Why didn’t John tell us?”  And truthfully, so have I wondered.  I remember one summer in Emory when I sat at the feet of one of my favorite professors, the late Dr. David Naglee.  He suggested that it may have been a quote from The Mishna which said if a person was in a position to prevent someone from committing a sin but did nothing to try to stop them, then they were guilty of committing that sin.  And in the case of adultery, they would have to be in a place where they could have prevented it from happening.  Sounds reasonable.

But we do not know if that is what Jesus wrote.  So I went to the Greek to see if it could enlighten me.  According to Strong’s Concordance the Greek word used is “grapho” and it has a variety of meanings.  I looked at that word “grapho” and almost immediately I thought of the word “graphics”, as in graphic art.  Maybe Jesus was just doodling on the ground, like some do in class or when the preacher is preaching.  But I digress; what caught my attention this morning was what Jesus did while the Religious Police were spewing their venomous sewage.  Have you ever paid attention to what Jesus did while that sewage of hate, of sinners and Jesus, was flowing at the rate of about 1000 gallons a minute?

“Jesus bent down and wrote with His finger in the dirt.  Excuse me Jesus!  Those guys are making fun of your teachings.  Those guys are spewing hate!  Those guys are being mean to that woman.  You are the one who always took the side of the oppressed.  This woman is being heavily oppressed.  Say something Jesus!  Don’t you feel the need to say something?  “Nope!” and He went back to doodling on the ground.

And when they kept on pestering Him, He finally gets up and we see His lips start to move.  There you go Jesus!  Now open up and let them have it!  Tell them how wrong they are!  Call them low-down snakes again!  Put them in their place!  Better yet, just rip them apart!  And He says, “OK.”  What???  Is that the best you can do?  Don’t you have something else to say?  And then those lips move again, now we’re getting somewhere.  “Go ahead, but the first rock thrown has to be by the one who hasn’t sinned.  Then the rest of you can let the rocks fly.”  And then Jesus goes back to doodling on the ground.

Nothing else.  Jesus goes back to the silent mode just as when they first presented this “sinner” to Him.  Jesus finally does say more, but I am going to leave those words for another time and another blog.  I want you to see how Jesus responded to a situation that, in our opinions, DEMANDED something be said.  Jesus says nothing but doodles on the ground.  You cannot say that Jesus does not understand the serious nature of this confrontation.  He knows that the future of this woman is at stake.  When confronted with their hate, Jesus simply draws doodles in the dirt.

In our culture and nation, maybe this part of the story has something to say to us as citizens of the Kingdom of God.  When hate and anger is being thrown around like a Frisbee, maybe our best INITIAL response would be to follow the example of The Master.  Get out a sheet of paper, church bulletins work nicely, too, and draw some doodles.  Not every situation demands we say something.  Perhaps Jesus knew something we do not know–that there are moments when we can say a whole lot more by saying nothing.  This is one of my favorite memes:

Maybe, just maybe, the best way to silence all these protests and unrest is to say nothing at all.  Maybe, just maybe mind you, that when we feel the need to say something we really need to say nothing.  Allow The Master to take those thoughts and work with them and you.  Give The Master the opportunity to bring the wisdom of all eternity to work with those words.  Allow The Master to clean those words up and flavor them with His Love, Grace and Mercy so that when you do speak it will be like His words–Timely and Timeless!  Maybe, just maybe this same process will work when dealing with all those “other sinners” out there.  You will never know if you never try it. 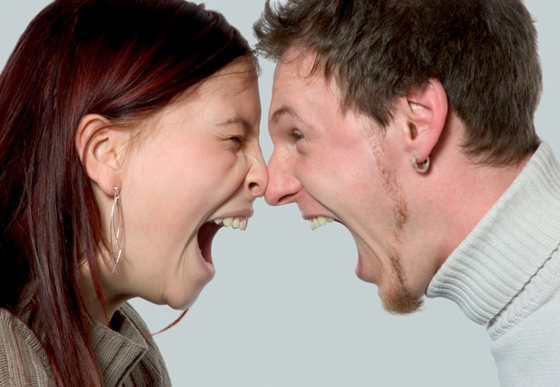