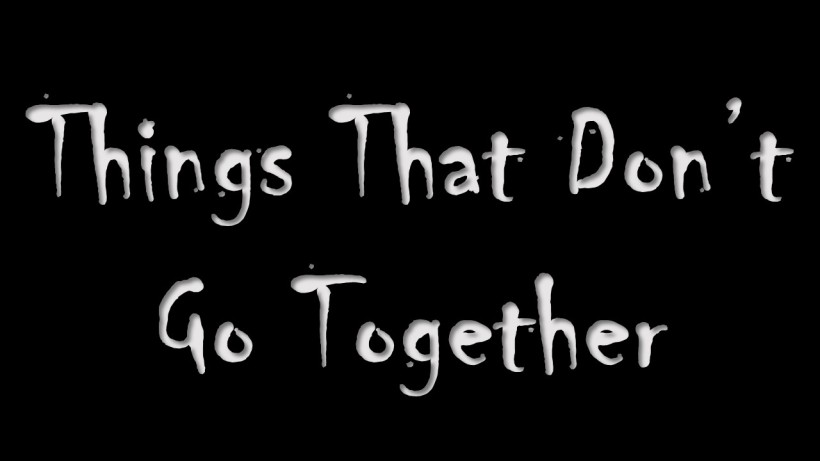 This morning I’m stuck inside the house–because of ice and snow. It’s currently 14 degrees with a wind chill of 7 degrees. I know, those of you north of the Mason-Dixon Line aren’t impressed. But here in Alabama–it is a big deal! I just finished my shave and shower because I have yet another Zoom Meeting. And I started thinking. So fasten your seat belts and hold on.

What I am thinking about are things that simply DO NOT GO TOGETHER. More than just not fitting–they do not even belong in the same universe. Here’s my list:

ICE, SNOW, AND THE SOUTH!

ELECTRIC MUSTANGE
(who is the moron that had this idea? They need to be sterilized to save future generations from this idiocy. They are genetically related to the next one.)

ELECTRIC MOTORCYCLE
(Sorry, sissies, it ain’t a motorcycle without the rumble!)

GOING FISHING WITH JUST ONE BAPTIST!
(If you don’t take two Baptists with you, they will drink all of your beer)

BAPTISM BY IMMERSION AND A CAT

There’s more but let’s take a quick and honest look at the last two. In both cases, it’s that demonic influence of what is called THE JESUS AND DISEASE. If you lean to the Democratic Party, that’s your choice. If you lean to the Republican Party, that’s your choice. Just don’t mix the two of them. When you mix your religion with your politics it is a recipe for disaster. Jesus refused to align with politics. Paul refused to align with politics. And if you aren’t convinced, then you have not learned from history or have forgotten history. Does anyone remember The Inquisition?