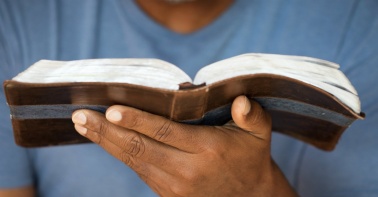 Who is ‘authorized’ to administer (or serve) Holy Communion/The Lord’s Supper/The Eucharist/The Mass?  This was the question I asked in the beginning of this series of blogs.  As I prayed and reflected on this topic, as with the other topics I’ve already addressed, I am finding it taking me deeper than my original intent and adding additional, call them questions or angles, that may be getting in the way of understanding this powerful moment of Holy Communion.  Before I get to the others questions the Spirit has confronted me with, allow me to address this original question.

In every Tribe and Tradition of which I am familiar, in order to serve or administer or oversee (ecclesiastical requirements) this “Sacrament”, one must be a licensed, commissioned or ordained pastor.  In my Tribe, to be “qualified” you must be either “ordained” or a “licensed” local pastor.  In the case of a local pastor, you can only serve Communion in the congregation to which you are appointed.  Truthfully, from the time of my entrance into this calling, I have always had an issue with my Tribe’s rule.  But in order to be licensed and then ordained, I kept the party line in tact with my papers and what I said in my interviews.  (In one paper I had to do, I ripped apart the commentator…turned out he was the one who “graded” my paper, so I had to redo it….edited of course to fall in line with the author of the commentary I ripped apart….lesson learned!)

The rationale behind such views is that a properly credentialed person is necessary in order to protect the sacredness of this powerful moment.  It is as if Holy Communion (notice the use of caps) loses both the “Holy” and the “caps” if someone administers or oversees it who is not “properly credentialed”, thus becoming only “communion” (lower case ‘c’) which in turn, the powers that be, believe diminishes its effect.  Really?  It loses its purpose and power when someone administers it who isn’t ecclesiastically qualified?  That the sacredness of God’s grace is not present?  Wow!  I never realized that God could not move in a moment UNLESS He has someone ecclesiastically qualified like me!

My long-standing “disagreement” on this issue is based on this passage from 1 Peter 2:5-9

5 And you are living stones that God is building into his spiritual temple.  What’s more, you are his holy priests.  Through the mediation of Jesus Christ, you offer spiritual sacrifices that please God. 6 As the Scriptures say,  “I am placing a cornerstone in Jerusalem, chosen for great honor, and anyone who trusts in him will never be disgraced.”  7 Yes, you who trust him recognize the honor God has given him.  But for those who reject him, “The stone that the builders rejected has now become the cornerstone.”  8 And, “He is the stone that makes people stumble, the rock that makes them fall.”   They stumble because they do not obey God’s word, and so they meet the fate that was planned for them.  9 But you are not like that, for you are a chosen people.  You are royal priests, a holy nation, God’s very own possession.  As a result, you can show others the goodness of God, for he called you out of the darkness into his wonderful light.

We call this The Priesthood Of All Believers.  Unless Pete’s first letter was limited to only ecclesiastically qualified people, then I believe that “proper” Holy Communion (again, notice the caps) can be administered by anyone who has turned away from sin, accepted the Gift of God expressed on The Cross, and is growing in that Grace.  Either we who seriously follow Jesus (meaning being a Christian is more than a name, but a life-long commitment of heart, mind and will) are ALL Priests or NONE of us are to be considered Priests.  Ecclesiastical Authority does NOT make one a priest.  Only the authority of the One who Created us, Redeemed us, and Transforms us has such authority!!!! (Notice the use of multiple “exclamation marks”; that means I’m passionately serious about this!!!!)

Jesus revealed and modeled the new work of Priests, this Priesthood of All Believers. (See Hebrews 9:11-12 and Hebrews 4:14-16).  The mission of Priests in the Old Testament were to presents the needs of the people to God and to reveal God’s mind and heart to the people.  Jesus did this perfectly by becoming both the Priest who stands before God to represent the needs of the people, and the perfect sacrifice that meets all the needs of all people.  Picture this:  Jesus REPRESENTING us BEFORE God, and then PRESENTING the heart and mind God TO us.

And there is no clearer picture of the Heart and Mind of God than in the Holy Moment of Holy Communion.  We present and re-present to each other the perfect Sacrifice through Holy Communion.  And who better to “preside” over that moment than anyone who has been touched, redeemed and now being transformed by this marvelous Grace?  Certainly it doesn’t take ecclesiastical credentials to “preside” over this Sacred Meal.  Maybe I’m missing something, but I do not see ecclesiastical credentials as a requirement in the first century Body of Christ.  So why now is it necessary?

Enough for now…there are some more cultural biases I see around the Sacred Meal…and as hard as it may be to believe….I have something to say about them, too….later!

Love God with all your heart.  Love others the way Jesus loves you.  And make sure ALL the glory goes to HIM!!!!