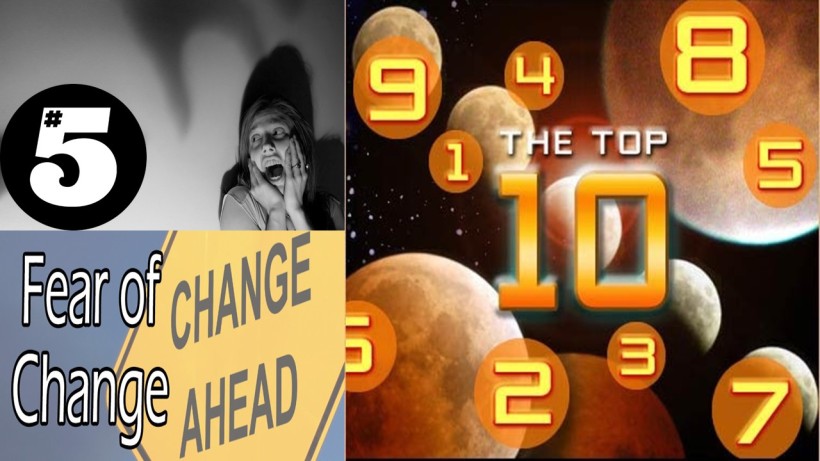 (This is the sixth in a 10 part series.  Reason Number 4 will be released tomorrow.  If you are just starting to read this series, you will need to start with Top 10 Things That Are Killing The Church! first, then #10: Choosing Religion Over Relationship;  #9 Ignoring That We Are In A War; #8: Wrong priorities; 7: Cookie Cutter Attitude;  and finally read #6. Self Reliance before reading this one)

There are a lot of reasons why western congregations are declining in membership, attendance and impact.  This list is by no stretch of even my active imagination, not an indictment against all local churches.  I have not engaged in Barna-like  research polls; nor have I started a consultant business going about to different congregations across the nation analyzing what is ailing them.  No, this is what I said it would be at the very beginning:  simply observations that I have drawn by reading and listening very carefully.  And I do not expect everyone to agree with my conclusions and I am sure there are other reasons that could make it on a Top 10 List such as this.

But after a season of prayer, these are the ones that I see as significant “Destroyers Of The Church”.  The Enemy does not have to get a local church to embrace all 10 of these, or 9 or 8 or 7 or 6 or 5 or 4 or 3 or even 2 in order to effectively make a local congregation ineffective.  I realize I did not have to do the entire countdown for most of you.  But I have met people who need the whole shebang to understand; they are not creative thinkers; heck, they aren’t thinkers at all; but I digress, so forgive me.  Any local congregation that is guilty of even 1 of these has greatly reduced their impact for the Kingdom of God.  This is why self-evaluation should always be an ongoing and unfinished project; not just people, but for the entire congregation, especially its leadership.

Now we have finished the bottom tier of this list, it’s time to move on to our Top 5.  This part of The List was the most difficult because of so many other things could have fit here as well.  But coming in at Number 5 is Fear Of Change.  But it is the unique beginning of Change that qualifies it to be in solidly at Number 5.  To show how this has been a persistent problem, let’s look at a story about change from Numbers 14:1-4 (The Message)

1-3 The whole community was in an uproar, wailing all night long. All the People of Israel grumbled against Moses and Aaron. The entire community was in on it: “Why didn’t we die in Egypt? Or in this wilderness? Why has God brought us to this country to kill us? Our wives and children are about to become plunder. Why don’t we just head back to Egypt? And right now!”

4 Soon they were all saying it to one another: “Let’s pick a new leader; let’s head back to Egypt.”

Unless one is a pastor or member of the military, two callings that require adaptability to change because change is a constant, change creates a lot of anxiety in many people, especially long-term members of a local church.  This does not seem to be a problem with new Christians because they typically have not developed their hierarchy of importance.  The excitement of new birth and new life, well, all they want to do is serve Jesus.  Everything is new and everything is changing for the newborn Disciple of Jesus.  But for the church members with long-standing tenure, it is usually viewed with more than just suspicion, but downright hated and anger.

But it is that first great Change mentioned in the Bible that takes fear of change into that realm of being an oxymoron.  You see, prior to the Fall of Adam and Eve in the Garden, everything was moving forward.  The only constant that had never changed in the Garden and in their lives was that God was in charge.  Then comes Satan on the scene with an offer to, you guessed it, CHANGE!  He came at them proposing that things needed to change:  “Why should HE be in charge?  You could do just as good, probably better.  In fact, He knows you could do better, that’s why He doesn’t want you eating from this tree.”

So in the beginning, humans were not afraid of change.  And today, many tenured pew sitters are terrified of change and see any change as spawns of Satan, himself.  But there was a time when humans were not afraid of change.  Oops, I just heard a tenured pew sitter saying, “See!  That’s why we need to be afraid of change!  Look at what it got us back then!”  Well Mr. & Ms. Tenured Pew Sitter, had things not changed back then, we would not even be having this discussion now.  But because of the fallen nature that exists in each of us, even Mr. & Ms. Tenured Pew Sitter, change is needed.

Our world has been in a constant state of change.  Growing up, education was based upon books and pencils and paper.  Today it’s about I-Pads and Google Books.  Where I learned through the sense of hearing, kids today are more visual learners.  When I was growing up, single parents were a minority.  In some school systems, the majority of students come from a single parent family.  I could go on and on with the changes that happen in our culture.  Mr. & Ms. Tenured Pew Sitter, you know I’m right on this.

In the midst of all these changes, the church does have something that never changes–and it’s not our traditions.  It is the truth of God’s Word.  We call it the Bible.  And within this Bible, God reveals more than truth, He reveals Kingdom Truth about how life is without Him and how it can be with Him.  But how we present and share the Kingdom Truth, that does go through changes.  Think about the dinosaur.  What happened to the dinosaur?  It’s culture changed; it didn’t; it died.  Remember the 7 words of a dying church (or any organization) “We’ve never done it that way before.”  Hear this consistently and know that death is imminent.

Look back at the passage from Numbers.  For a long season everything was predictable for the most part.  Now they were about to be challenged to trust God even deeper as the conquest of the Promised Land was at hand.  Big changes are coming!  And what was their response to entering the Promised Land, a Land that God said He guaranteed they would occupy and would fight for them?  “Let’s get us a new leader/pastor (I just had to throw that in) who can lead us back to Egypt!”  Now, what was it they had in Egypt?  Slavery!  go back to chapter 11 and you see even then they were wanting to go back for free onions AND SLAVERY!  Why did they want to go back to slavery?  Why do Mr. & Ms. Tenured Pew Sitter fight so fiercely to maintain the status quo?  I know the answer!  I know the answer!

Once the Enemy got Adam and Eve to believe that his idea of change was good, he then gave humanity a new lie.  He gave them, and so many still today, the idea that predictability is the preferred status over some unknown future.  Predictability is believed to produce peace and stability.  It gives neither.  Predictability always, always, always produces complacency.  When complacency happens, one becomes both deaf and blind to the movement of the Holy Spirit and oblivious to what and where God is moving.  The Enemy knows that if he can keep Mr. & Ms. Tenured Pew Sitter as Guardians Of The “We’ve Always Done It This Way” dogma, he knows that local church will never ever be a threat to him.

I’m not suggesting that all change is good and I do not believe in change simply for the sake of change or to follow the latest fad.  I am doing more than suggesting, I’m outright telling you, that to defend the status quo simply because it is the status quo has deadly consequences.  Congregations who stubbornly resist any change need to be ready to plan their last Sunday Service, because it will not be long until they can no longer sustain their facility.